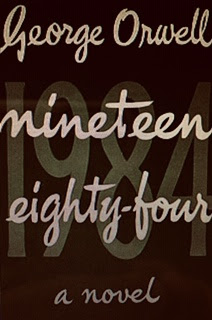 An extremely imaginative George Orwell, published his famous book, 1984, in England in 1949 and it remains a classic to this day.

The societal theme of the book was probably patterned from Stalin
era Russia and brought to the extreme. The only video cameras at the time of Orwell’s writing, were giant studio types. It’s unlikely that Orwell would have envisioned today’s use of cameras, between home, business, government and institutions, as well as personal cameras (cell phones), carried by most of us.
What has this proliferation of video cameras accomplished? Video cameras have become extremely important in solving serious crimes, as the perpetrators often do not realize that they are being recorded on many cameras. Crimes are often committed by addicted drug users, who will simply do what they need to do to pay for the next “fix”.
They rarely care if cameras are present. Others will pick the spots in which no cameras are seen. Covert cameras are successful in catching many crimes, as the cameras are usually unseen. Doorbell cameras record someone walking up to a door, even before that person may, or may not, push the door bell button. These cameras can send an immediate picture to a programmed cell phone. The new Sperry West Spyder doorbells can do all of that, even in high resolution.
We are ready to assist you with planning for covert video to catch persistent crimes. Just ask us.

Thank you for reading.
Barry Levine Founder & CEO Sperry West®
More perpetrators have been caught & recorded with Sperry West® covert cameras in the U.S. & Canada than any other brand.
Sperry West® is a SDVOSB and holder GSA multi-award contract.
Feel free to reach Barry at 858-505-1030 or just drop a line.
Please see our Video Commander® covert surveillance kits and our cameras on sperrywest.com or call us at 858 505 1030
Thank you for taking the time to get to know us better, we appreciate it.