Covert (disguised) cameras are most often used as a means of recording criminal activity in business locations as well as in residences.  Most often, covert video cameras are installed after crimes are noticed, but what about using covert cameras as a part of a routine video camera installation?  Thieves, vandals & other criminals often look for cameras before selecting their target.  This is why it is important to anticipate probable target areas for crime and to have hidden cameras as part of a video security system.
One company in San Diego CA, installed several covert cameras to view areas of valuable merchandise.
When a manager noticed that several small items were missing, he told his boss.  The company’s security manager reviewed the recent recordings from that area and discovered the thief.  It was a security guard, hired to protect the building at night.  When confronted with the video evidence, she admitted to the crime and even mentioned that she wondered if that PIR (passive infrared detector) alarm device could be a camera.  But she decided to take the risk, because she needed the money!
Modern covert cameras can be very sophisticated, some will record right inside of the disguised camera.  They are often motion sensing and will only record when the camera “sees” activity.  Some cameras are made with invisible infrared so they can record in any, or no light.  While others are actual working parts of alarm systems, but also contain concealed cameras.  As many police departments no longer respond to most minor crimes, it is incumbent upon companies, institutions and even homeowners to provide as much security as can be reasonably anticipated. 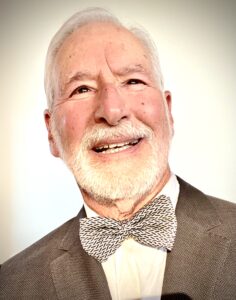 Barry Levine is the Founder & CEO of Sperry West, a Manufacturer of covert video cameras & systems.  Sperry West makes the most different kinds of covert cameras than anyone in the industry.
Levine has led Sperry West since its inception 30 years ago.  He also founded and & was President of a video integration firm and has been president of two ASIS chapters.  He frequently writes about video security & is considered to be an expert in camera systems.
FacebookTwitterLinkedIn