While I have testified before a senate subcommittee about privacy, I really do not consider myself to be an expert. This is a subject often best left to competent attorneys. There are however, some basic rules regarding privacy and the use of covert cameras.

1. Respect anticipated privacy. You have been asked to put a covert camera into an office. What do you do? You need to assume that the occupant of that office can close the door and then expects privacy. You, or the company you are working with, must get the approval of the person who occupies that office. Most of the time, that person is happy about it because they are the victim of past crimes. If the “office” is a general office where many people work or visit that particular place, privacy is generally not expected and concealed cameras should not be a problem.

2. A woman called us and asked what kind of camera might be best suited to her daughters bedroom. She explained that she suspected her daughter may be using illegal drugs. What would you do? It was explained to her, that it would be an invasion of her daughters privacy. So, while we sympathize with her dilemma, she would be wrong in using cameras as a method to uncover the truth.

Obviously, bathrooms can never have cameras, even just at the sink area. In business locations, sometimes covert or overt cameras are needed and are installed just outside of bathrooms.

While we seem to have little privacy today, we need to carefully consider any privacy issues, before using covert cameras and systems. 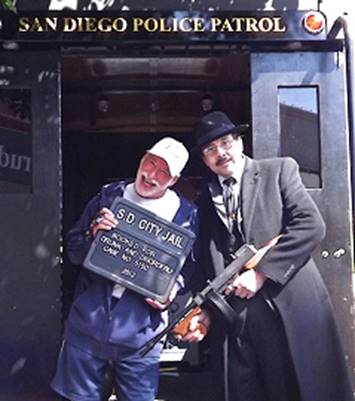 Barry Levine is CEO of San Diego-based Sperry West, maker of
Spyder® video cameras and Video Commander® surveillance
kits. Levine has been leading video security companies for 40
years. He can be contacted at (858) 551-2000 or
barry@sperrywest.com.

How To Really Mess Up A Covert Video Surveillance